What about wedding traditions in Greece?

Traditional Wedding in Greece? Absolutely, yes! Greek weddings are famous for their unique customs. Customs that are difficult to find in other countries even if they are heavily influenced by the Greek element. In every Greek corner, customs and traditions vary because people have been influenced by something different; a special event, the unique culture, a family tradition. 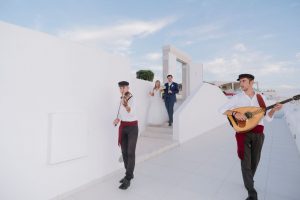 Traditional Greek marriage is now enriched by foreign customs. However, the traditional wedding in Greece takes place in a church filled with relatives and friends. The groom waits patiently for the bride in the church to walk down the isle, while holding a bouquet of her favourite flowers. The bride, after circling the church a few times in her car, looks out of window and reassures her future husband. The mystery is fulfilled with reverence, while the best man and the maid of honour crown the newly married couple, according to the priest’s guidance. 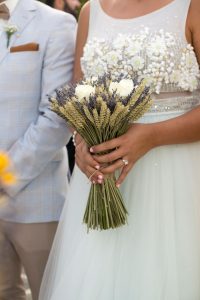